Physician Leadership in a Digital World 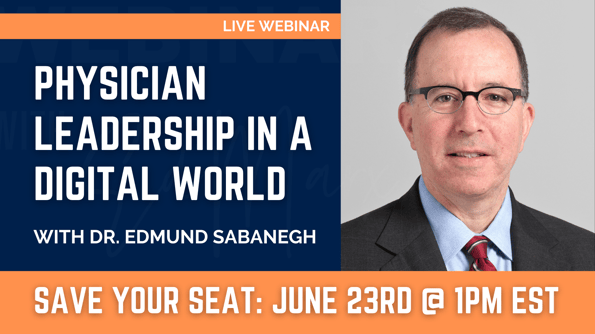 Edmund Sabanegh is a long-time physician leader. While digital was not a word when he began his medical career, he helped to usher in the era. As a physician executive in the department of defense and most recently the President of Cleveland Clinic Hospitals, he artfully helped his organization adapt and adopt to all things digital. His relentless focus in driving the highest care quality at lowest cost was accelerated with the advent of digital transformative tools and processes.

Join Ed Marx and Ed Sabanegh as they discuss the importance of physician leadership to help organizations leverage the benefits of our new digital reality. Dr. Sabanegh will reflect on his time as a leader with the DoD and Cleveland Clinic and discuss the gains made in quality and costs and reducing clinician burnout via digital. We will talk best practices that apply to all leaders regardless of rank or position. Come learn from one of the best physician leaders in the country.

By clicking submit you agree to our terms of use.

Ed Marx,
Chief Digital Officer at The HCI Group
Marx is a leader in the healthcare industry and former CIO at some of the nation's largest health systems. Author of the 2019 best seller "Voices of Innovation" and co-author of "Healthcare Digital Transformation", publishing in May. He was Chief Information Officer at Cleveland Clinic, where his responsibilities included digital solutions as well as information technology. Prior to joining Cleveland Clinic, Edward served as the CIO for The Advisory Board, Texas Health Resources and University Hospitals. 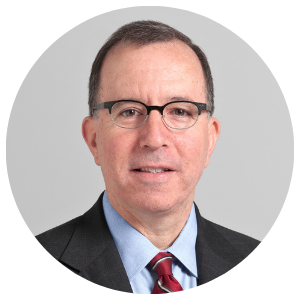 Dr. Sabanegh received his medical degree from the University Of Virginia College Of Medicine in 1985. He received his urology residency at Wilford Hall Air Force Medical Center in San Antonio, Texas. In 1994, he completed an infertility/microsurgery Fellowship at the Cleveland Clinic. Following that, he served in the United States Air Force in San Antonio, Texas until 2006. During his time in the Air Force, he served as Chief of Staff and subsequently, Chief Operating Officer at the largest Air Force Hospital. In 2006, Dr. Sabanegh returned to Cleveland and assumed his current position. In addition, he is the Program Director for the Male Infertility Fellowship, leading one of the few male infertility Fellowship programs in the United States, which combines basic research with extensive clinical experience. For the past 6 years, he has led the number two ranked Urology department and the number one ranked residency in the UnitedStates (USNWR).

Dr. Sabanegh has published more than 150 scientific articles and chapters in peer-reviewed journals and textbooks and has authored four books. He is Professor of Urology at the Lerner College of Medicine of Case Western Reserve University. Dr. Sabanegh is board certified by the American Board of Urology. He is a past chief consultant for the Surgeon General of the U.S. Air Force. He holds active membership in the American Society for Reproductive Medicine, the American Urologic Association and is Past President of the Society for the Study of Male Reproduction and Urology. He has been an invited visiting professor throughout the world. He is the Assistant Editor for Urology and has served as a reviewer for the Journal of Andrology, Urology, British Journal of Urology, European Urology, Cancer, and Fertility and Sterility.